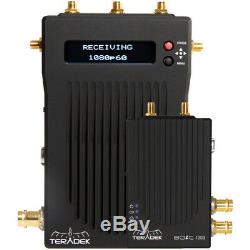 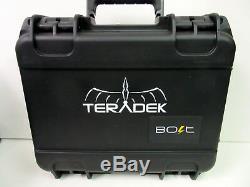 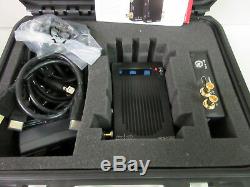 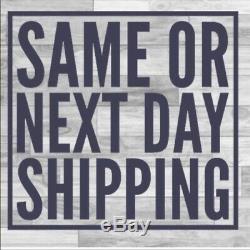 Included in this set are a Teradek Bolt Pro 1000 transmitter and receiver, both equipped with 3G-SDI input/output. The transmitter can pair with and multicast to up to four receivers (additional receivers not included). When transmitting uncompressed video, latencies of less than one millisecond can be achieved if no other video processing is necessary.

Transmitting across the 5 GHz frequency range, the pair utilizes Dynamic Frequency Selection (DFS) to find a clean signal between the transmitter and receiver. This is desirable when working in areas with crowded frequencies. The transmitter and receiver are equipped with SDI ports, and the transmitter features a loop-through SDI output. The USB GRAB engine streams the uncompressed video straight out of the receiver and into a PC for immediate recording. The included waterproof case with custom-cut foam carries the components during transport and storage.

The Bolt Pro 1000 transmitter and receiver pair can transmit 1080p60 video up to 1000' line-of-sight, with less than 1 ms of latency when not converting video formats. Using the transmitter, which has an SDI input, to send to an optional receiver that has an HDMI output, or an optional transmitter with an HDMI input with the included receiver, which has an SDI output, will essentially cross convert your video signal during transmission. The hardened aluminum chassis is designed to withstand the rigors of production, and features 1/4-20 threaded mounting holes. The built-in USB port on the receiver enables direct connection to a computer, so you can capture video directly from the receiver into your computer over USB 3.0.

With this video available, rough edits can be made even before the footage is offloaded from the camera. A built-in OLED information screen is built into the receiver. This enables rapid setup and confirmation of your settings. Utilizing the OLED screen, you can apply 3D LUTs with the press of a button. Upload your own LUTs using the free Bolt Manager software, or select from several built-in presets using Bolt's OSD.

20 and 40 MHz Channels. You can select to transmit in 20 or 40 MHz channels. However, please note that while 20 MHz channels allow you to operate more wireless systems at once in a single location, while offering a more robust wireless link in challenging RF conditions, they do not support audio transmission, as well as interlaced, PsF, and 1080p 60/50 frame rates. The 40 MHz channels support audio, interlaced, PsF, and 1080p 60/50. All 3G-SDI Bolt models support metadata, timecode, and start/stop flags from many camera manufacturers, including RED, ARRI, Canon, Sony, and Panasonic.

Dynamic and Manual Frequency Selection. You can select either dynamic or manual frequency.

Teradek Protective Case is waterproof, includes custom-cut foam, and measures 12.0 x 9.0 x 4.5. Feedback is very important to us. We would appreciate if you would leave it for us once you have received your item. We request that you attempt to resolve a problem by first contacting us before leaving feedback as problems tend to be a straightforward case of miss-communication. We strive to offer courtesy to my customers. We hope that we have described the item to complete satisfaction. All our items are in stock and.

The seller is "athakur47" and is located in Chatsworth, California. This item can be shipped worldwide.